The 2006 New Ground Final performance was a performance installation in EMMA created collaboratively by Beserra, Richards and Thorndike.

The 2006 New Ground Final performance was a performance installation in EMMA created collaboratively by Beserra, Richards and Thorndike. The artists chose to follow individual interests sparked in the course and to integrate them in a shared environment for performance. Beserra worked on a piece about her aunt’s viewpoint of her world through the lens of schizophrenia. She adapted her solo to the evolving media set created by her collaborators and allowed for audience interaction. 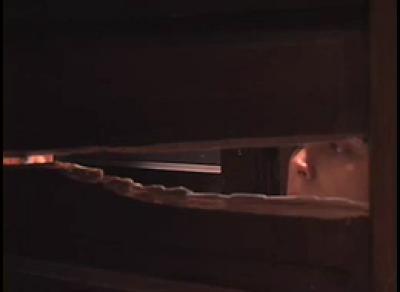 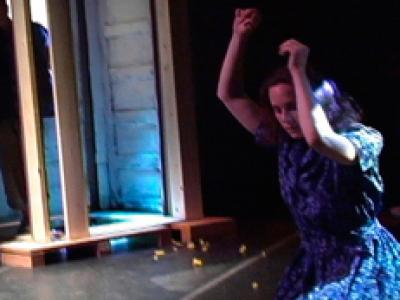 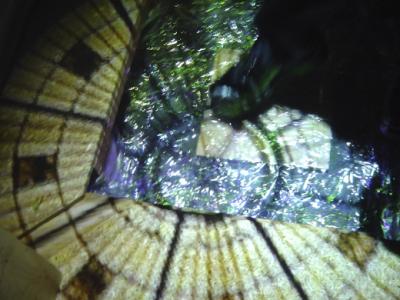 Richards took this subject and created an interactive set of four doors and projected media with fragmented imagery that evoked Beserra’s landscape and responded to the presence of audience members as they passed through the space. Thorndike created a site specific videodance delving into Beserra’s solo and giving audiences a close up view of the work on a small screen television onstage. Beserra subsequently was accepted to produce her MFA concert in EMMA expanding ideas begun here, the Jenkins Farm Project (Autumn 2007). 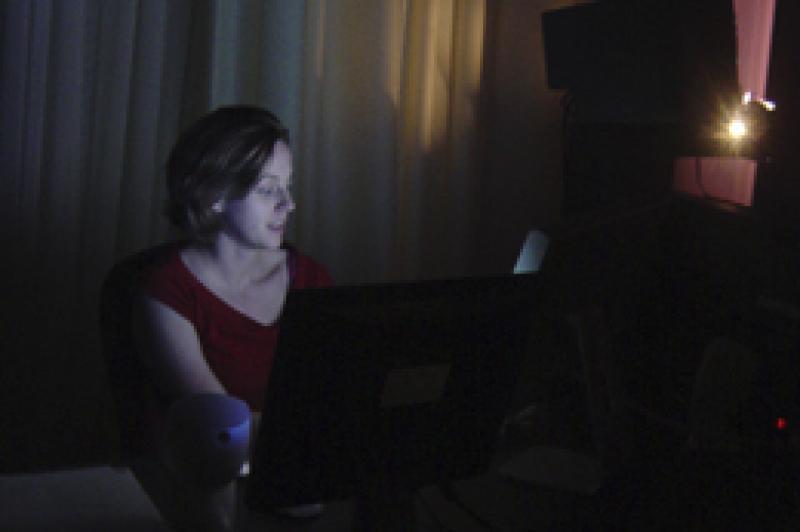 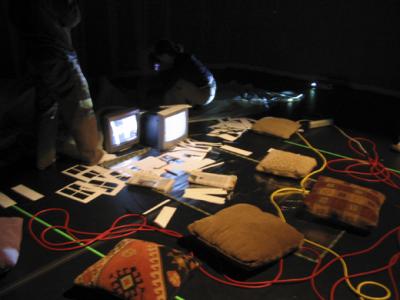 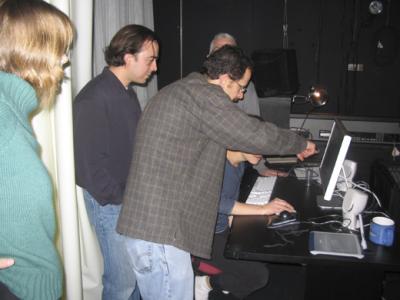