The Sim Lab at ACCAD is a collaborative space that supports innovative research and creative experimentation across multiple simulation platform modalities. Real-time rendering, games and mobile device applications, networked multiple user interaction, touchscreens, stereoscopic and head-mounted displays are examples of the technologies used in the lab. An emphasis is placed on reducing the learning curve of implementing these hardware and software combinations so that researchers can focus on ideas and creativity. The lab is a resource for exploration and exposure to alternative ways of thinking about presentation and interaction with computer graphics applications and creative works. 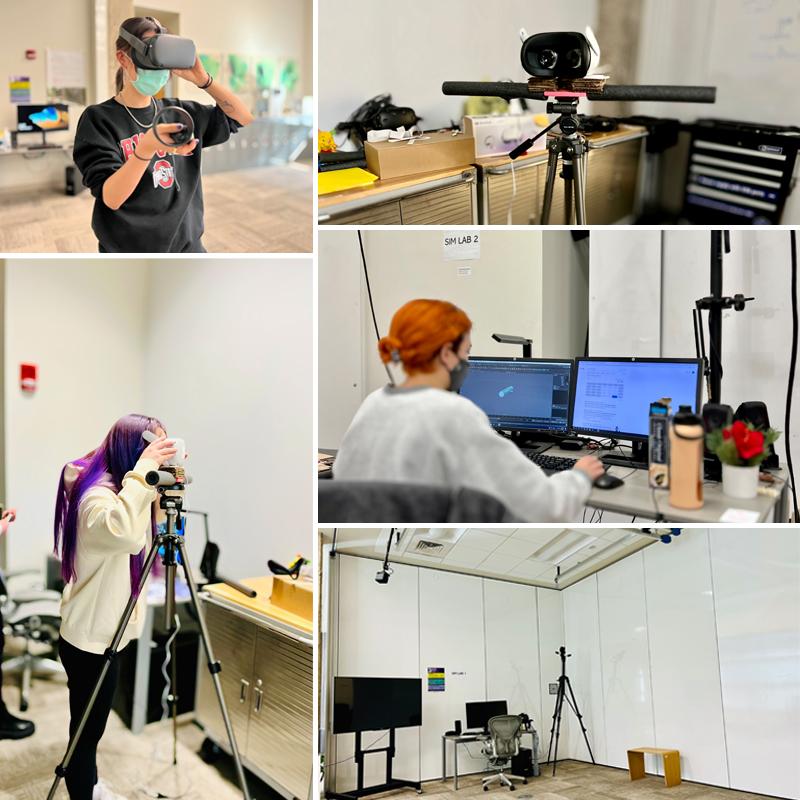 The SIM lab was originally established as the Interface Lab in 2006 with support from an Arts and Humanities Seed Grant. Initially configured with a large-scale stereoscopic rear-projection system, the facility has continued to evolve through additional research grants and funding through projects with other university and external collaborators.