Mixing live action and CG animation, The Approach juxtaposes elements of past experiences with the weather, the Ohio landscape, and the sea, creating an emotional and personal response to these forces and exploring their sublime qualities.

Computer graphics (CG) composited over video was utilized to create the effects within The Approach. The film contains two parts, the first utilizing sea creatures over the landscape, and the second bringing weather systems into indoor environments. Video backgrounds were shot in locations throughout Ohio, shooting in the flat and open areas that inspired the film for the first part, and shooting inside homes for the second. The creatures and weather systems were created using Maya 3D animation software. Each creature and weather system provided unique technical challenges, often requiring the creation of mel-scripted tools, different rigging and animation approaches, and the simulation of dynamic systems. Since absolute realism was a hard target to hit, an emphasis was put on using approaches that would make the creatures and weather systems believable entities within the shots. The main challenge for this goal came in terms lighting and compositing, having to integrate the CG imagery into the space and lighting relationships that existed within the video backgrounds. 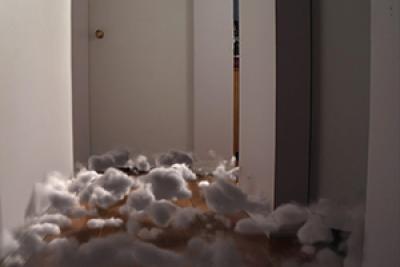 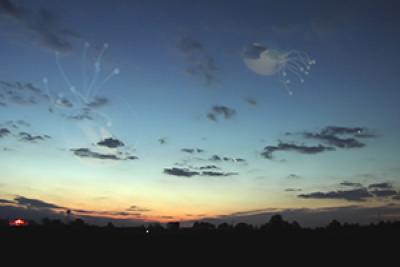 The Approach is Joshua's thesis film representing his MFA studies at The Ohio State University's Advanced Computing Center for the Arts and Design (ACCAD). Graduating from Bowling Green State University in 2006, Josh spent a year working on commercial production before wanting to return to learn more about animation and CG. In 2007 was accepted to the Ohio State Universitys Design MFA program. During the course of his graduate studies Josh interned at Pixar Animation Studios for lighting in 2009. In September 2010, he will complete his MFA studies after which he hopes to work in the computer animated film industry and continue to create his own animations as reflections upon experience.