The original Digital Pottery program was originally produced by ACCAD for the popular international traveling exhibition, Liquid Visions, 1993 and was written in C using UNIX and the graphical interface Motif platforms. The 2001 project code was rewritten in C++ to run on Windows 2000 platforms. This transition resulted in greater portabilities for the kiosk, ease of use and maintenance, and cost savings.

The Digital Pottery kiosk exhibit was placed on exhibition in January 2002. A holiday version of the software, Design an Ornament, was completed in November 2001 for the COSI Christmas exhibition. This version included 3 holiday ornaments, and holiday textures for user creativity.

The process of developing an inviting animated interface with high-resolution models for user manipulation served as a model for derivative projects and usability research for a variety of academic and professional kiosk proposals. 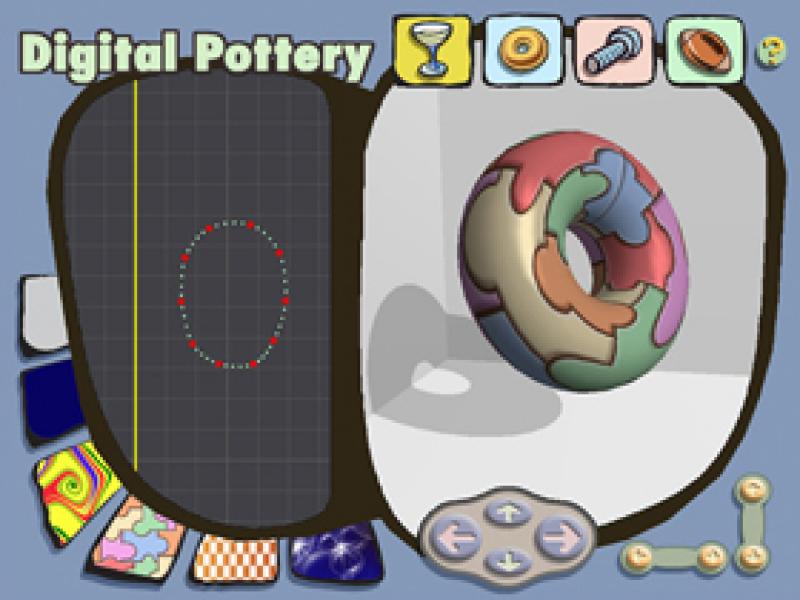 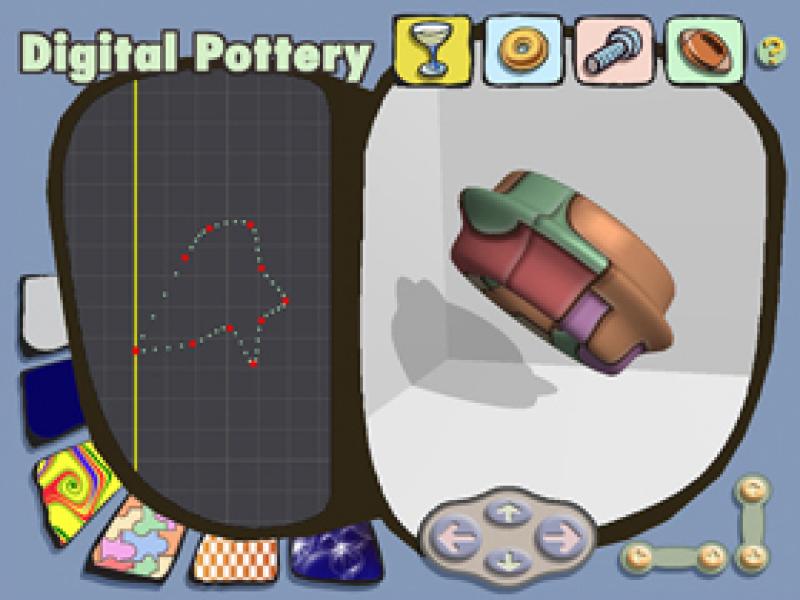 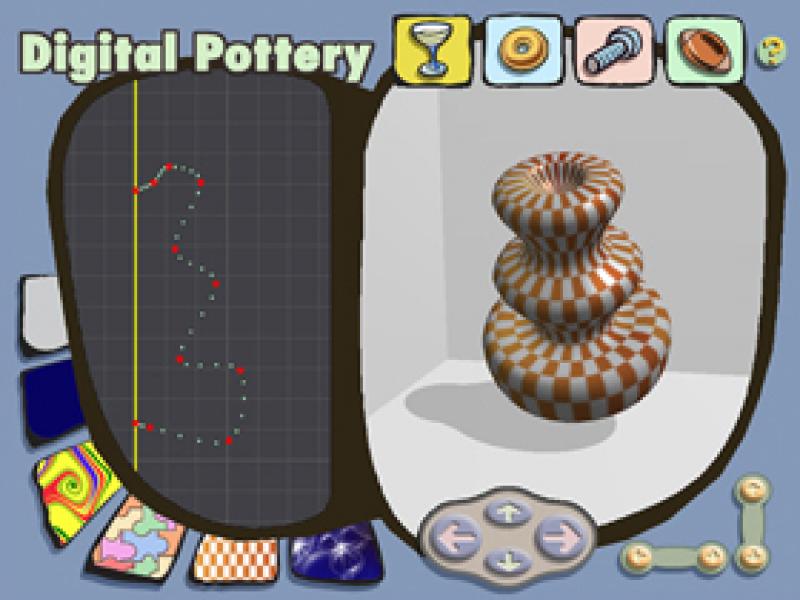 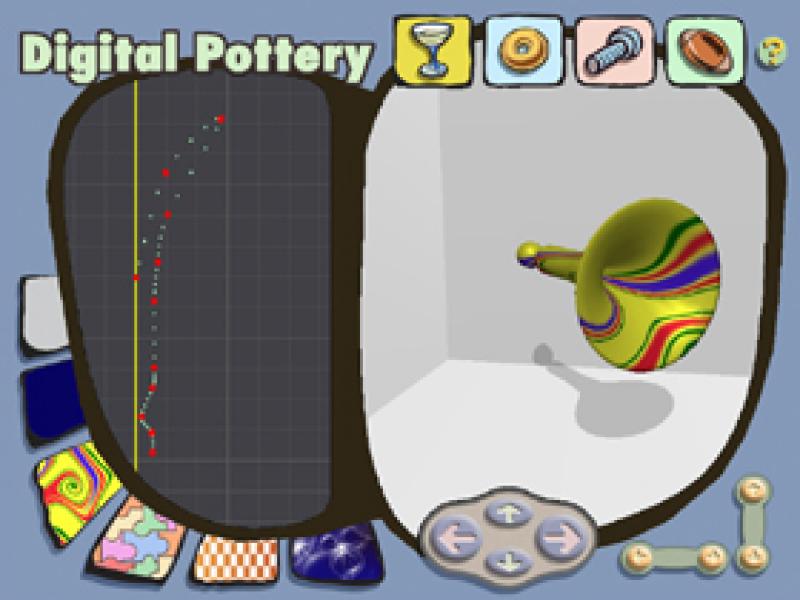