Summary:
Empire of Sleep is an interactive virtual environment installation viewed in stereoscopic 3D on a large rear projection screen.

Summary:
Empire of Sleep is an interactive virtual environment installation viewed in stereoscopic 3D on a large rear projection screen. Participants interact using a hand-held camera to take photographs of the scene, triggering the virtual camera to move to new points of interest. A group of surreal looking figures clothed in early 20th century bathing suits are scattered about on several isolated sand bars somewhere on an open and calm body of water. They first appear as if there for recreation, but there is a pensive mood, as if some unusual event is taking place unknown to the viewer.

A new mode of interaction now uses a modified Holga camera. Viewers take snapshots of the bathers. A computer camera behind the projection screen detects the region being photographed and moves the virtual camera to the new position. Closing one eye to look through the viewfinder, then opening both eyes with the 3D glasses enhances the sterescopic effect and the sensation of being in the scene, in a voyeuristic kind of way.

Empire of Sleep is on permanent exhibition at the Arts Electronica Center in Linz, Austria. It is presented in stereoscopic 3D in the new VR theater called Deep Space. 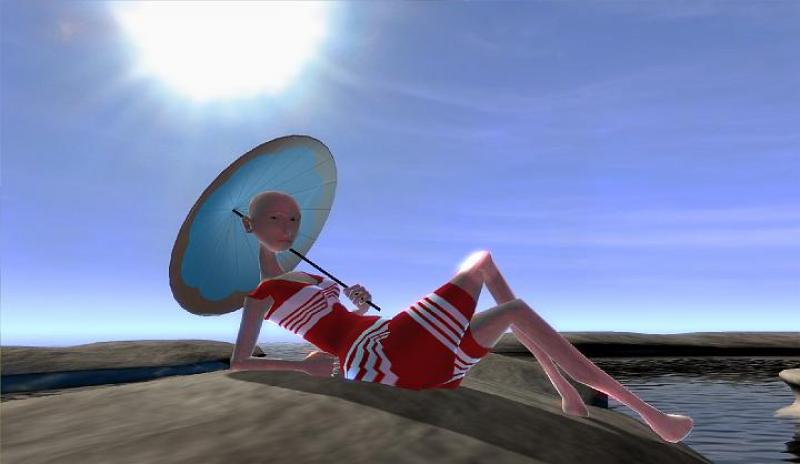 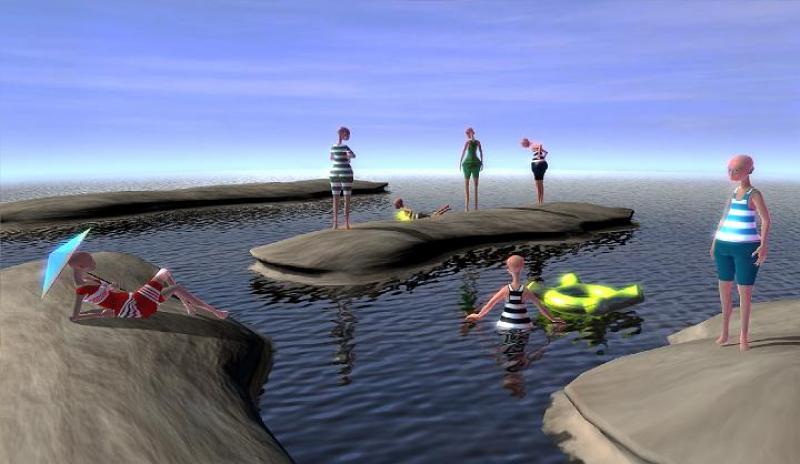 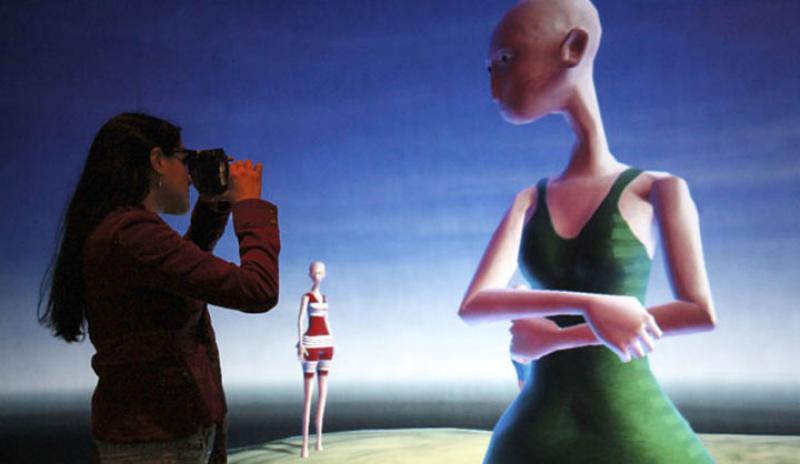 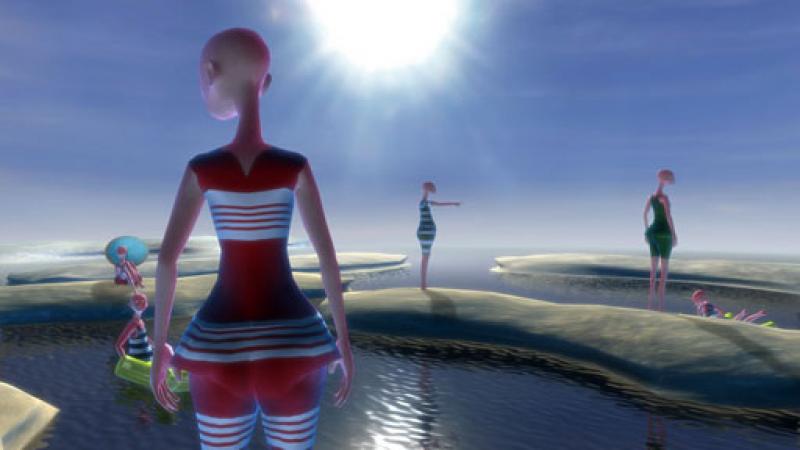