A 2012 collaboration with Bertec Corp. to develop and prototype a computer generated augmented virtual motion platform for use with instrumented treadmills.

ACCAD and Bertec collaborated during 2012 with the goal of prototyping and exploring the application of research ideas related to the development of a system that combines the tools used in traditional gait analysis, the latest technology developed for the instrumented treadmill market, a motion platform, with emerging state of the art computer generated augmented and virtual reality.

As an immersive virtual environment that has been extended to study and analyze human biomechanical and biomedical conditions, design considerations were made for a broad range of stimulus including motion of the overall physical environment as well as the graphical visual stimulus provided by the augmented and virtual reality computer generated graphics.

Some of the initial objectives that were developed into working prototypes include: 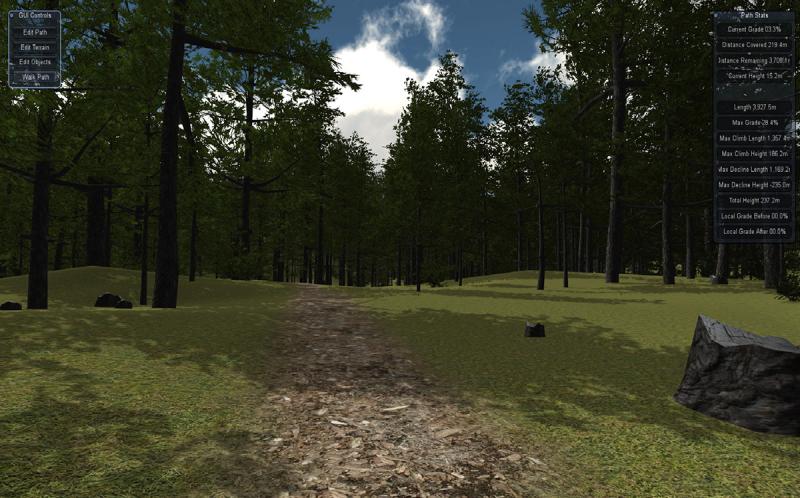 A system was developed in which operators of the system may interactively design a 3D path with approproate challenges such as hills and turns specifically tailored to an individual patient. After the path has been designed, the system generates a natural terrain model using an iterative surface-matching quadtree algorithm, resulting in an immersive and engaging environment for the patient. The terrain is then procedurally populated with vegetation and ground details.

A second phase of the project focused on projection display. A six-foot diameter hemispherical dome was designed as a prototype, using a hemispherical first-surface mirror to geometrically align the projected image to the dome surface. The computer graphics rendering also required geometric distortion to the image in order to reproduce a correct perspective from the point of view of the participant standing in front of the dome. The final version mounts the mirror and projector at the top of the dome, above the participants head, maintaining physical clearance for interactino with a balance plate or treadmill, allowing for peripheral vision to include areas below the horizon and down to the participant's feet.

Development on the IIRES project was concluded in January of 2013. 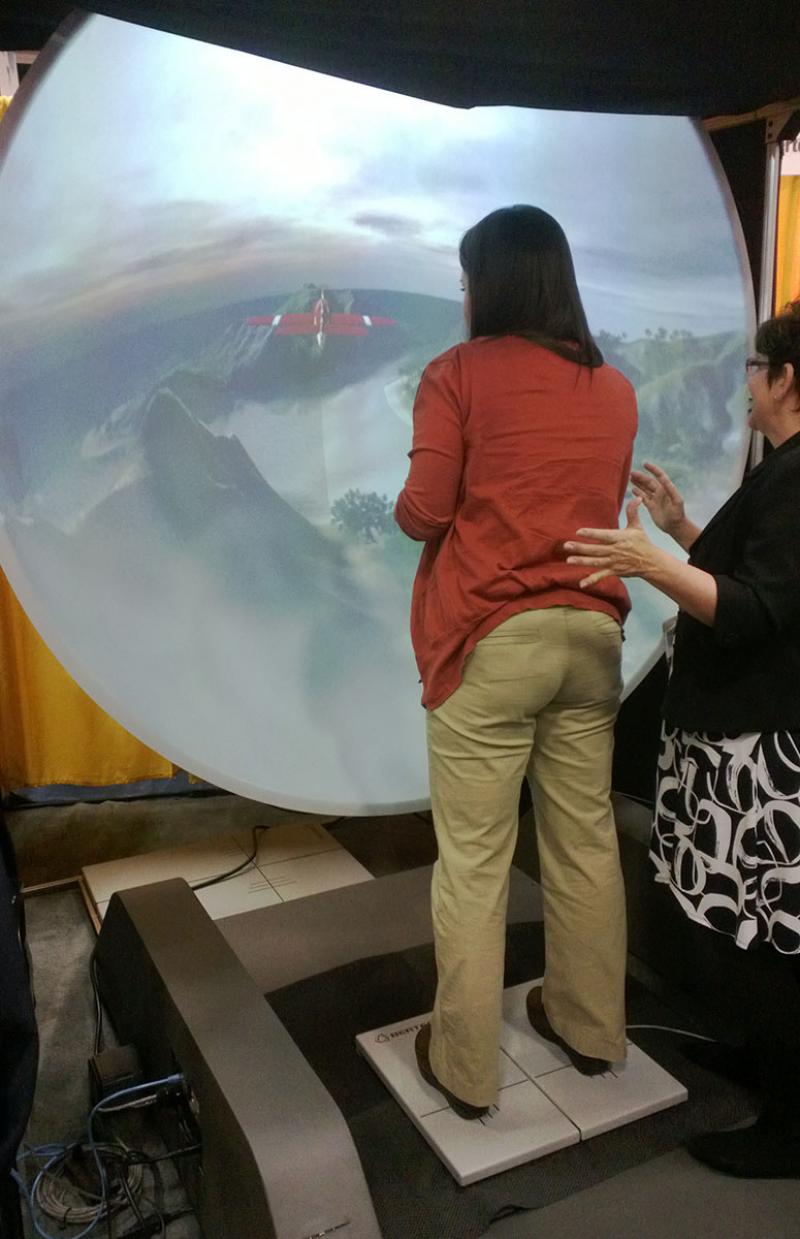