Summary:
This project utilized a special screen, creating a timeline of news video clips that appeared on the spot in time when they were broadcast.

Summary:
David Tinapple presented his installation "Look Away" for his BFA exhibit in May of 2003. The work was the first video installation to be presented in ACCAD's motion capture studio.

For this installation, eight hundred recorded news clips were projected chronologically onto the surface of forty screens. The placement of screens create a timeline in which video clips appear on the spot in time when they were broadcast. In addition to the video images appearing in the horizontal context of time, they also take on the vertical shape of the stock market trend. The stream of images meanders up and down reflecting the Dow Jones Industrial Average. Eight of the screens were active at any given time, while the remaining screens held a still image. Audio and video were processed by four Macintosh Powerbook G4 computers. Four projectors were used for the video. 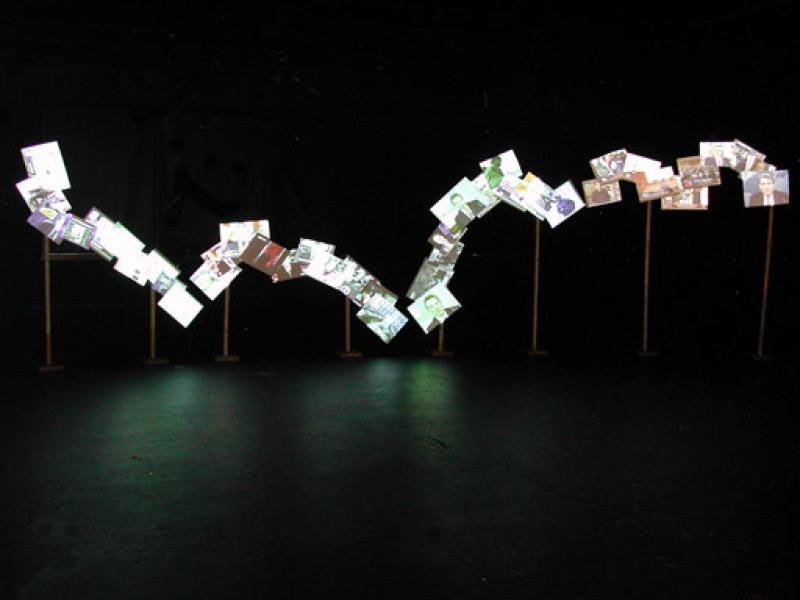 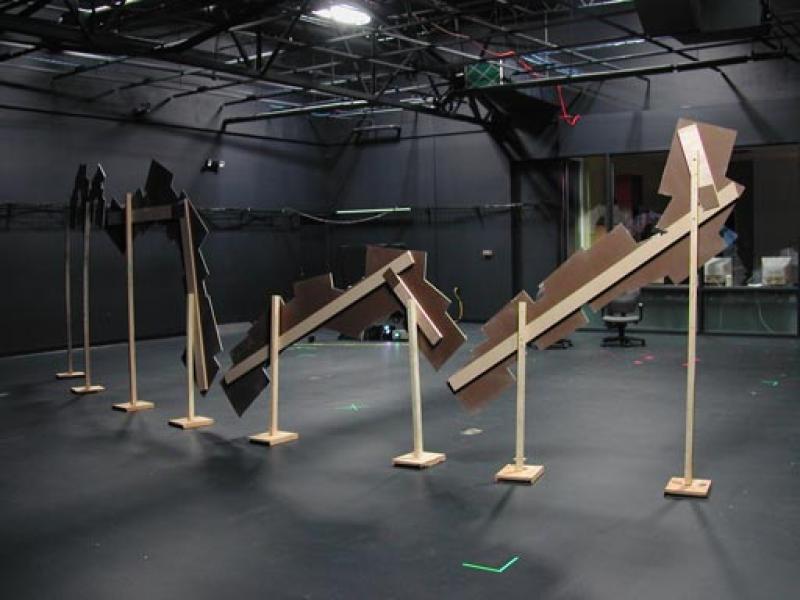 Artist Statement:
"2003 has been quite an interesting year so far... if you have been watching the TV news. Early on this year I began to feel like I should start recording TV news. This was a familiar feeling, one that I felt during the 2000 elections, after the WTC attacks, and during the war in Afghanistan. This time I decided to act on the urge. Using a computer, I automated the process of recording the news on a number of cable channels 24 hours a day, 7 days a week for 100 days. Thousands of hours of video was captured... cable anchors, news tickers, updates, live reports, embedded reports, countdowns, highlights, theme songs... a seemingly endless stream of images. Unexpectedly, the act of recording gave me relief. I did not have to ingest the images live, I did not have to miss anything, I did not have to watch. I could come to understand the images later, on my own time, in a larger frame of reference." 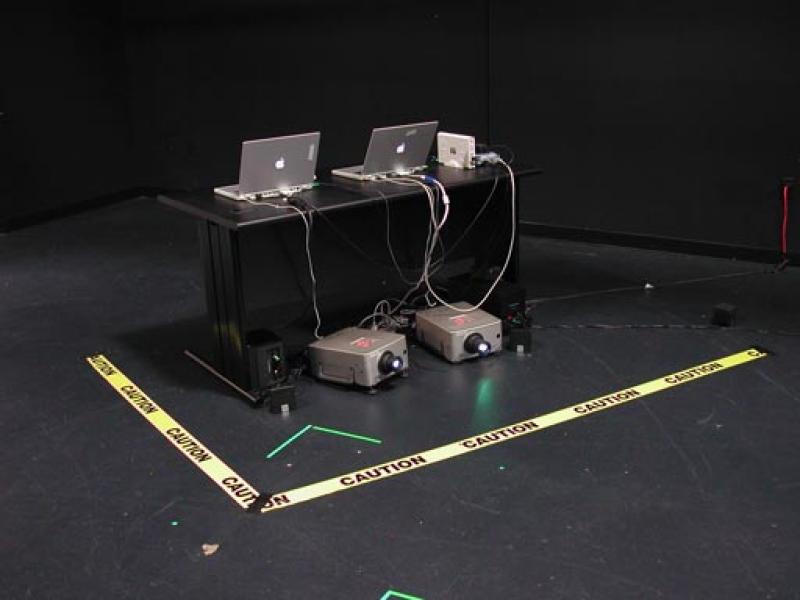 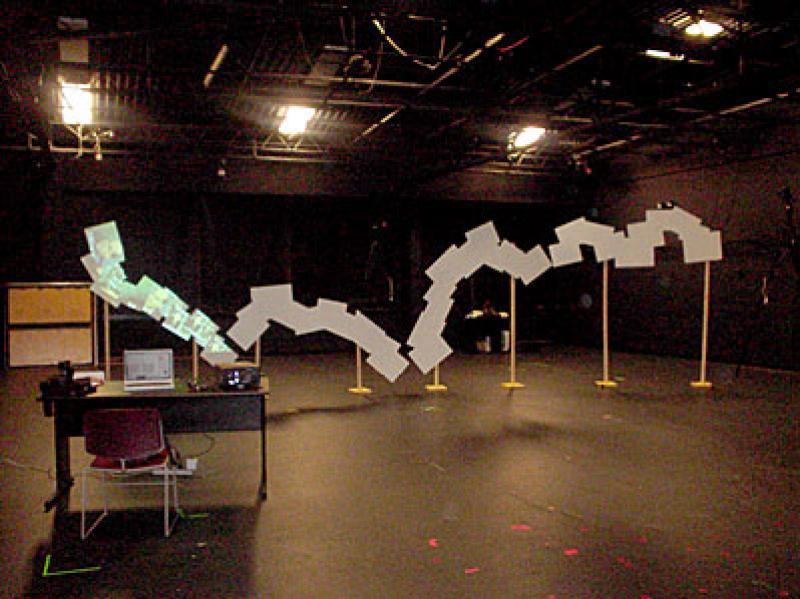 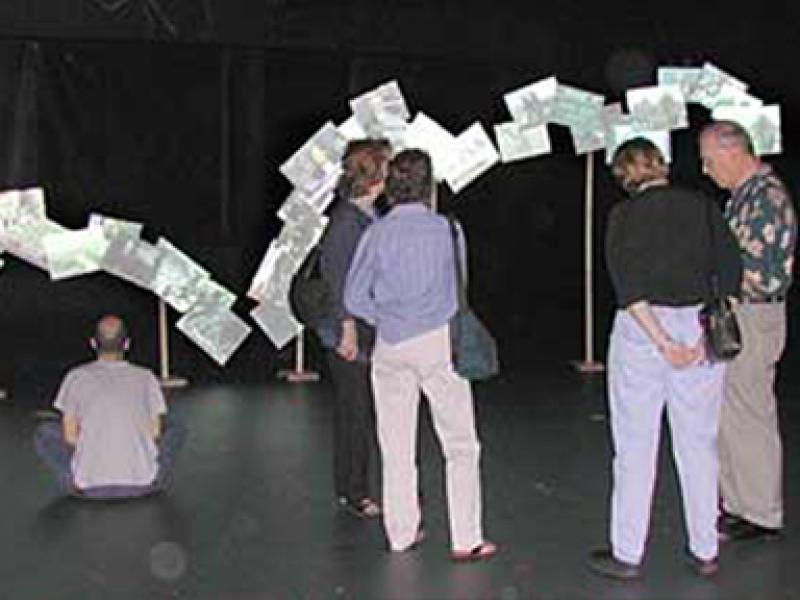