A team at ACCAD, led by Music professor Marc Ainger and Federico Cámara Halac (GAHDT Postdoctoral Fellow), has been creating networked music performances, enabling real-time interaction over the internet that allows people and computers in vastly separated geographic locations to perform as if they were in the same room.

This project draws on a history that goes back to (at least) the League of Automated Composers and The Hub, but the most recent history begins with the introduction of Chris Chafe’s Jacktrip in the early 2000s.

Jacktrip was created to take advantage of the network and performance infrastructures afforded by universities and well-financed institutions (beginning with the Internet2 initiative in the early 2000s). Its key features include high definition audio quality and low network latency.

In the months following the pandemic of 2019 and the lockdown in March 2020, it became apparent that new approaches had to be adapted to allow networked performance beyond these larger infrastructures (i.e., from one person’s house to another person’s house).

The ACCAD team investigated a number of options and helped to develop others. As ACCAD is a uniquely interdisciplinary group, the team was able to synthesize and understand several issues:

Issues of Engineering:
a) Minimizing latency without sacrificing audio quality over consumer grade internet lines,
b) Creating an accessible GUI; ease of connection without the need for port-forwarding.

This is an ongoing project, and to date it has progressed in several phases:

1.  An initial phase, that included installation of a Jacktrip Server, along with a customized version of the CollbHub server. The CollabHub server allowed the first version of the networked OSU Sonic Arts Ensemble to perform using customized Max/Msp software that allowed for real time interaction with samples and synthesized sounds. 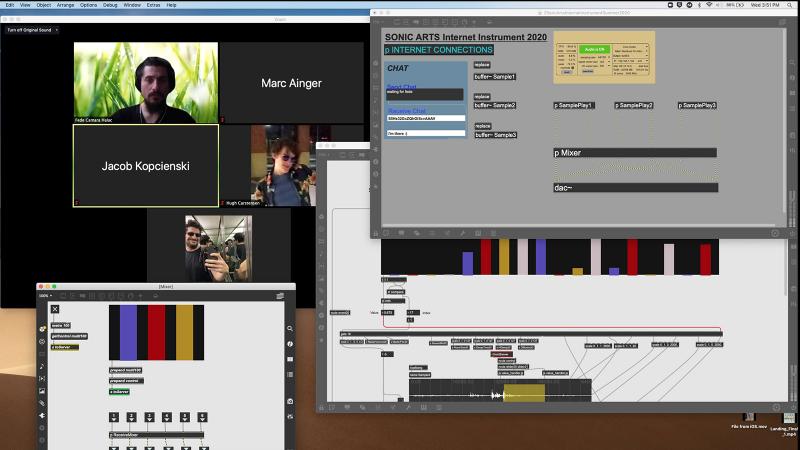 2.  The expansion of the Sonic Arts Ensemble to include performers throughout the U.S. and other countries (most notably Argentina, Columbia, Austria, Spain, and Germany) who were interested in testing software while also developing an approach to network performance. In this way, the software was developed to work and reflect the ideas and questions of the artists who represented the user group. The software was developed by the digital audio community at large, prominent among them, Chris Chafe, Miller Puckette, and Christof Ressi. Marc Ainger and Federico Cámara Halac extended this software to fit the needs of the project.

This phase has resulted in two high profile performances entitled “Into the Multiverse" in which the performers explore the nature of the multiverse of physical spaces and virtual spaces that interact in real time to create the performance:

Live streamed performance through the Wexner Center for the Arts 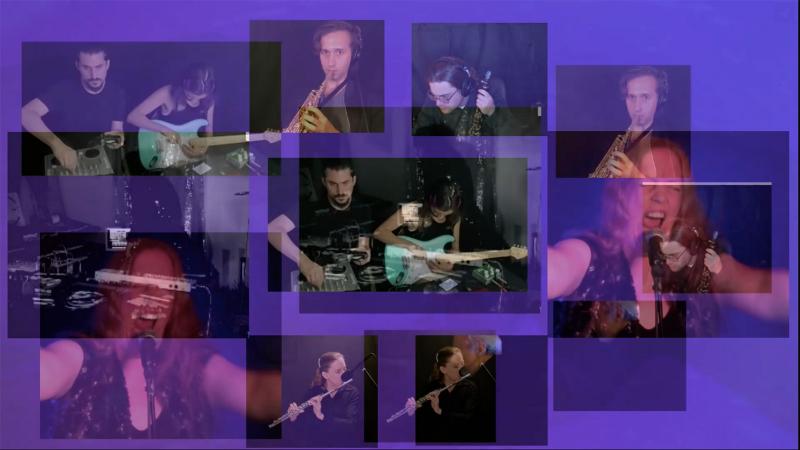 3.  For the first time in the Autumn of 2020, the student section of the Sonic Arts Ensemble met entirely online, with each student connecting from wherever they were living at the time. By this point, ACCAD had enough experience with teaching people how to connect that the technical hurdles were minimal.