Inspired by the Peruvian craftwork called "Retablo Ayacuchano", Retablo is an animation giving movement and life to this traditional art. A Retablo Ayacuchano is a rectangular wooden box containing small sculptures of people and the environment in which they live, work, and celebrate. In the animation Retablo, figures come alive to prepare for and celebrate the traditional Yunza festival, often represented in this Peruvian craftwork.
The retablo project includes both this animation and a video documentary on retablo artists from Peru. 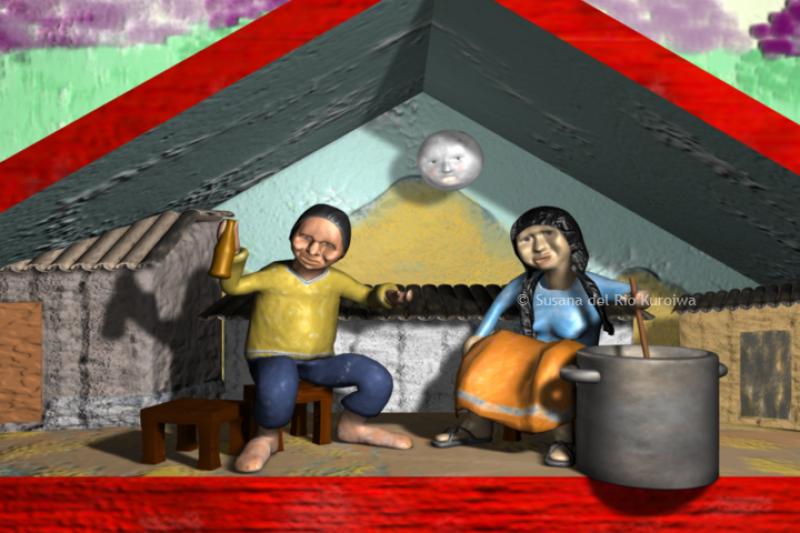 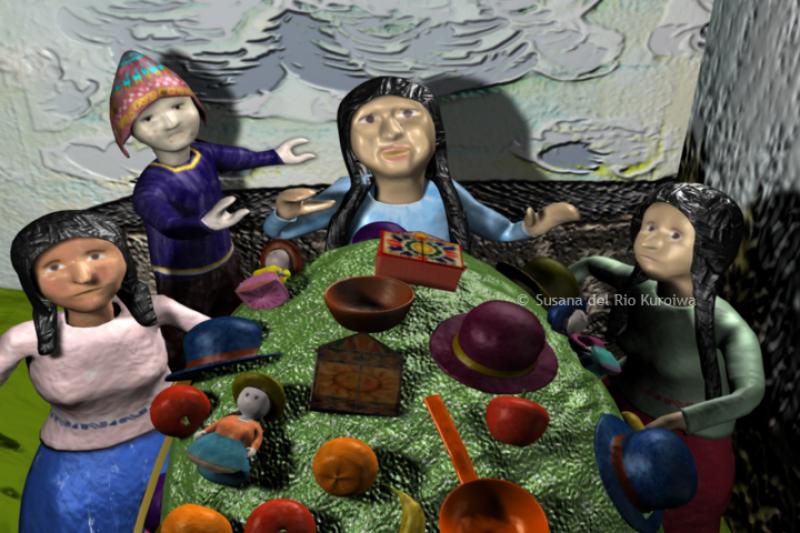 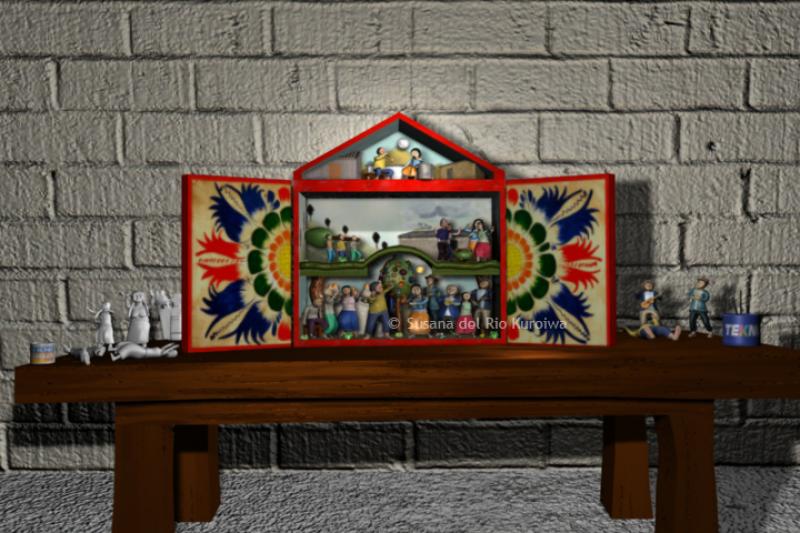 Retablo was produced as part of a thesis study that establishes a bridge between traditional art and emerging technologies. This film visualizes elements of the Peruvian culture on a computer animated retablo. Particular attention was paid to the development of the look of the digital figures so as to accurately represent the plaster and potato texture that traditional retablo figures have.
The cultural references include the traditional Retablo Ayacuchano, as well as artistic expressions from other regions, such as Huaco Retratos (portrait vessels that inspired the man's face), Peruvian artist Merida's sculptures (for the woman's body proportions), and patterns borrowed from Pre-Columbian textiles (that decorate the clothes).
All the characters are animated by motion capture. Both Peruvian and non-Peruvian actors performed dances and activities that were captured and mapped onto the 3D models.