The MFA Dance Concert 'Split Marbles' included three graduate student intermedia projects begun during the Intermedia Course and then developed as Motion Lab projects over subsequent semesters. More than 20 students were involved in the cast and crew and all shows were sold out. 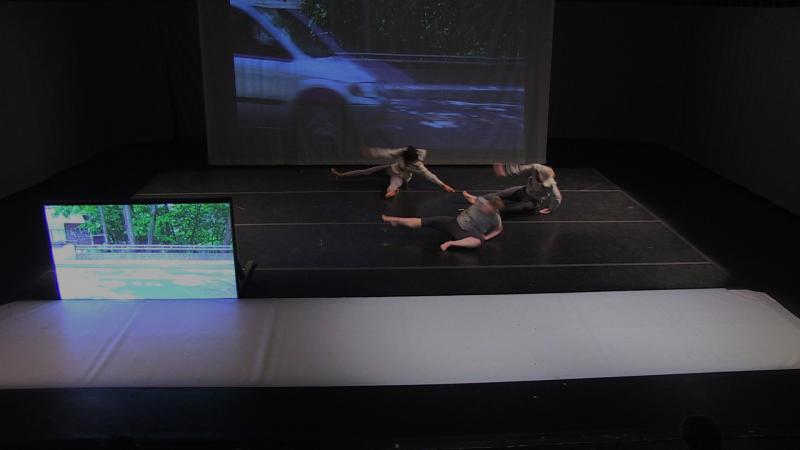 The slight pleasure someone feels when the wind grazes the face, the satisfaction of uprooting a carrot, and sensing lightness after catapulting from a trampoline are some examples of the human/nature interface. Take It Outside is an intermedia performance that reminds people of the rich spectrum of activities that occur outdoors and inspires people to engage with the environment. Aylward represents the beauty of nature while also demonstrating the often-tragic repercussions that urban settings have on wildlife. Footage of local parks, community gardens, busy roads, and personal backyards highlight diverse environments while dancers reinforce the body's physical interaction with nature. The audience will experience a kinesthetic reaction from the suspension and tensions created from the juxtaposition of footage with live bodies. 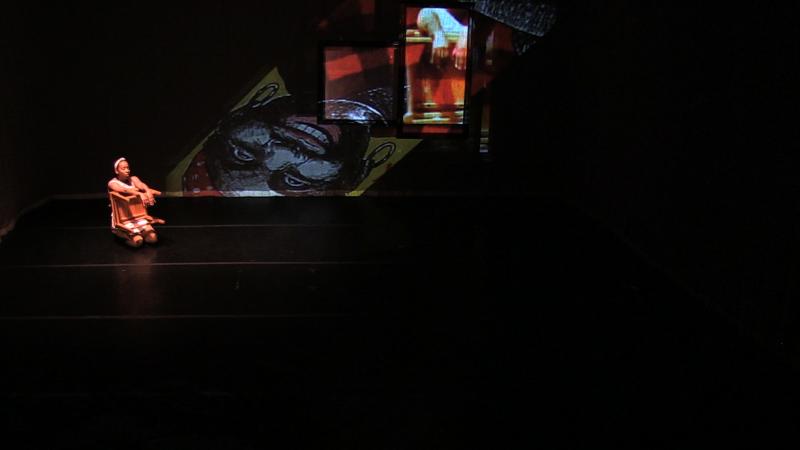 Boxing Up Beautiful involves the deconstruction of historical images of the black female body that have constructed how that body is viewed today, and addresses the implications of the embodiment of those images within contemporary dance performance. The objective of the project is to identify images that appear between the advent of minstrelsy and contemporary images of the body from popular culture that reflect the same depictions of that body today. Fuller focuses on the choreographer's responsibility in the construction of an image that uses methods of essentialization as a foundational element of that construction. The project problematizes creative processes through the visual deconstruction of the live body against racially charged images.

...the space between 1 and something human... 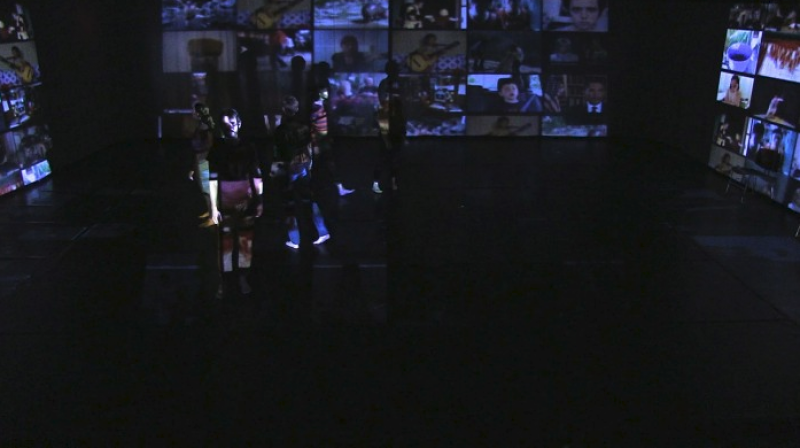 What does it take to create a dance work across distances? Speth asks this question as he works with a cast of five dancers, who reside in either Los Angeles or Columbus, to create the final project for his MFA thesis. During the process, the cast explores how community can be formed despite their distance and they engage with the difficulties that emerge from rehearsing through video conferencing. The piece is lit entirely by projectors, and the creation of the technological aspects are integrated into the rehearsal process.