Wade is about a close friendship breaking down with the discovery of an addiction to painkillers. The animation begins with two friends reuniting after several years, where playful banter turns to uncomfortable suspicions as Wade’s self-destructive habits are slowly revealed. His friend Jeremy carries a video camera everywhere they go, and tension grows as Jeremy slowly builds up the nerve to confront Wade until events inevitably force his hand.

Influenced by the documentary form of observational cinema, the hand-held camera work in Wade was created through live performance in a virtual space. By utilizing real time motion capture of actors and camera, the improvisation and reactionary filmmaking techniques introduce a visceral and tangible experience to the animation process.

Wade is based on actual events, and the depiction of the characters required the establishment of a strong relationship with the animator and actors reenacting events through an improvisational process. The goal of this process was to engage viewers as if they were Jeremy, seeing through his own camera lens and experiencing the deteriorating relationship with Wade. 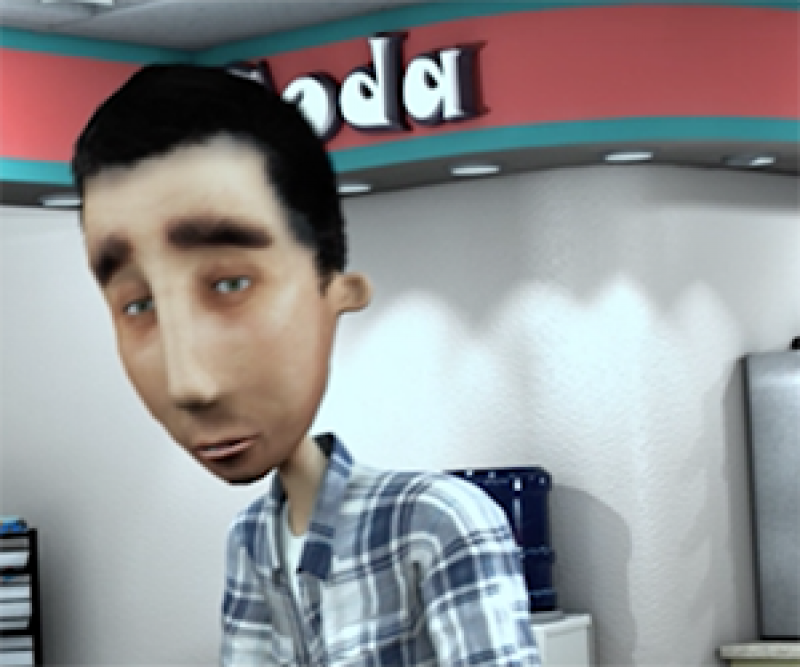 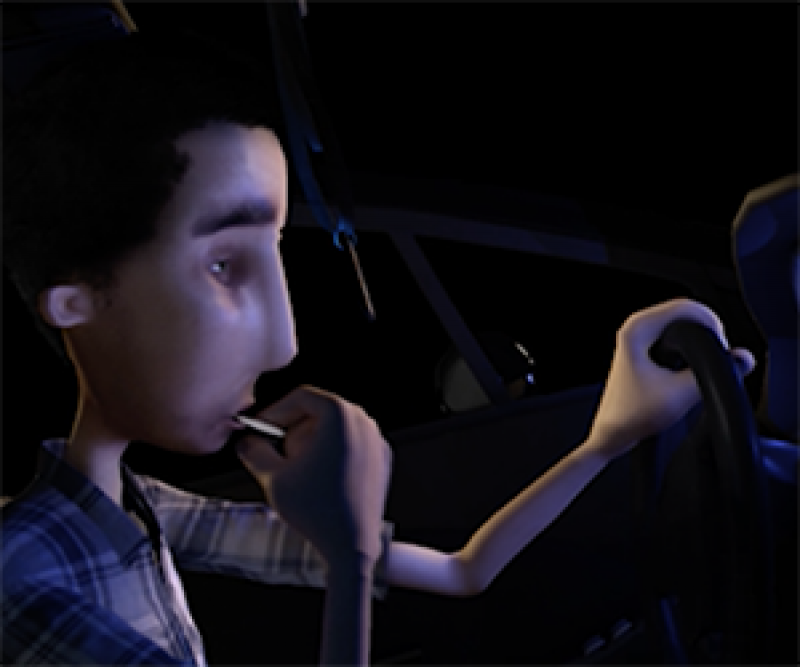 Each scene presented its own unique set of circumstances that dictated decisions about camera use, character animation and editing. Approaching these situations in a motion-captured live performance with only a rough guideline for actions created a unique environment for exploration and experimentation. More like live action filmmaking than animation, this process resulted in a large amount of footage that required extensive editing to form the narrative. The immersion of the animator as camera operator in the virtual world and his intensive interaction with the actor portraying Wade created a space in which the animator re-experienced the close personal and painful relationship between friends.

After earning a BFA in Art and Technology from the Ohio State University in 2008, Jeremy began substitute teaching in his home town of Ashtabula OH. In 2009 he returned to Ohio State to pursue his MFA in Digital animation and Interactive media through the Department of Design and The Advanced Computing center for the Arts and Design (ACCAD). During his studies, Jeremy researched the application of real time performance and camera capture techniques and 3D animation within his short film Wade. After receiving his MFA in 2013, he began teaching at the Columbus College of Art and Design as well as working with a local company, SeeMore Interactive and a variety of augmented reality phone applications.