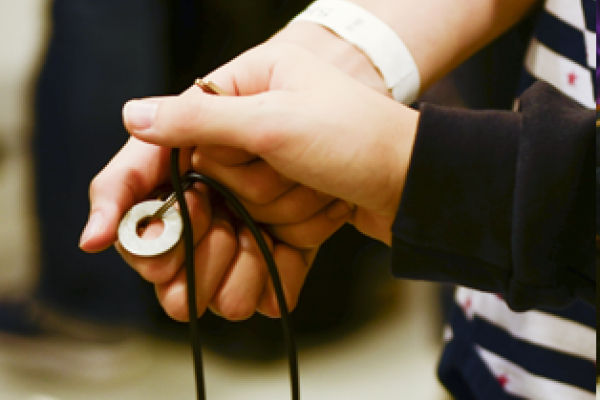 Design Professors Kyoung Lee Swearingen and Scott Swearingen have had a busy year presenting the multiplayer game they co-created. This month, Scott presented the game in Galway, Ireland at the IEEE GEM conference and Kyoung presented the game during Poster Sessions at SIGGRAPH 2018 in Vancouver, Canada. Scott and Kyoung's motivation for creating ‘Wall-Mounted Level’ was to embrace tangible surfaces as mediums for games to exist in, and for the interactions between players to occur in person. The verbal communication and physical touch that takes place between the players is especially important to us in terms of human-facing interactions as it extends the games narrative of ‘reconciliation’.  For more see their Wall Mounted Level research page on the ACCAD web-site, along with their website, WIZAGA.